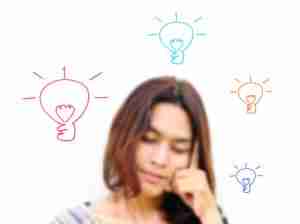 There is a rampant disease spreading throughout our world. No vaccines or medical treatment can cure it. People are becoming savaged by the “When I “disease. The final stage renders a state of paralyses.

Ann, a 45 year old woman suffered from this disease. Each day she got up and thought, ” When I finish doing everything that I need to do then I’ll take some time and relax. I’ll put my feet up, have a glass of wine, and read an enjoyable book”. Well, that day never came. Ann never took time to relax, she had a “to do” list a mile long. She deprived herself of doing anything she felt was frivolous and suffered a massive heart attack at age 45.

Sara‘s story is not as dramatic, but also sheds some light on how debilitating this disease can be. She dreamed of finding her soul mate but convinced herself this could only happen when she lost 25 lbs. Sara struggled with the weight loss and felt lonely and miserable but held onto the “When I”s. Years passed and she still had not lost the 25lbs. Instead of realizing that her life was passing her by she became paralyzed by the When I’s.

Don’t become one of the victims of the “When I’s.” As Rose Tremain so wisely stated, “Life is not a dress rehearsal, you don’t have a second chance to live it.” Begin to live your life full out. Our time on this earth is limited, make the most out of this precious life that was given to you.

Releasing the When I‘s Exercise

To help you in this process, I’d like to share an exercise that I developed for my coaching practice that can help you release the When I’s.

This exercise can help you disrupt the pattern of When I thinking and create new neuro pathways in your mind. You’ll begin to live in a present state of consciousness, creating a Can Do approach to life.

Starting living from a Can Do perspective and experience life to the fullest! Let me know how this exercise helped to turn your life around.

Up to 20% Off
Coaching & Hypnosis Packages!
Call or Click Here to Inquire

As a certified life coach and consulting hypnotist, I am dedicated to helping you live a more fulfilling life. What sets me apart from other coaches and hypnotists is my advanced training in both of these fields along with the development of the Path Way Process™ of Coaching.